The crash happened shortly after 6:00 AM on Gopher Canyon Road, just west of Interstate 15, according to the California Highway Patrol.

The overturned truck blocked Gopher Canyon Road in both directions, and witnesses said the truck burst into flames and leaked fuel just after it crashed.

The driver was taken to the hospital with minor injuries.

The incident forced the closure of the roadway, backing up traffic for motorists making their way to I-15.

The closure was expected to last for at least two hours. 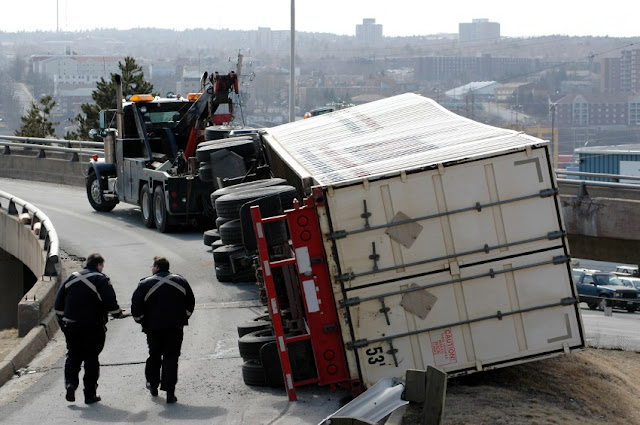